Sarah and Tom quickly rose and snapped into action, tugging on one rope and pulling on another. They shot a blast of air into the balloon, then let some out, trying to balance its position and move away from the storm. With the hole temporarily patched, the balloon drifted along and slowly descended.

Tom peered over the basket and saw a vacant meadow with a gigantic structure sitting in the middle.

“We should aim for that clearing over there,” he suggested.

“What is it?” asked Sarah, squinting her eyes.

Hainsworth looked out. “That, my dear, is Windsor Castle.” 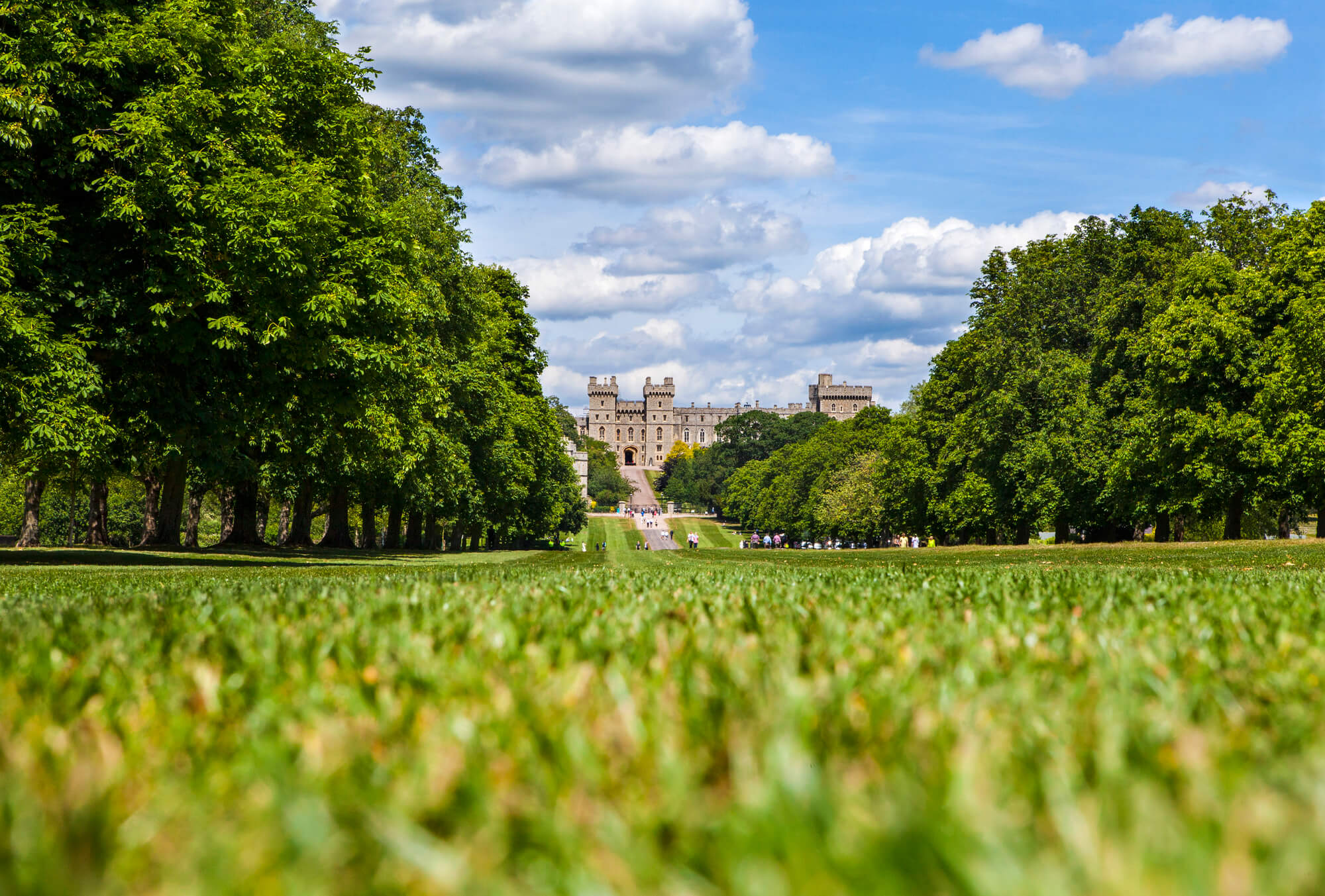 isn’t such a good place to land,” she cautioned.

“We don’t have a choice,” said Tom impatiently. “It’s there or nowhere.”

“But we’ll be arrested.”

All three worked feverishly to control the descent as the balloon swiftly skimmed the tree-tops and headed up the “Long Walk,” a lengthy pathway leading directly to Windsor Castle.

The oldest inhabited royal residence in Britain, Windsor Castle represents the pinnacle of majesty. First built in 1070 by William the Conqueror, the original wooden structure was replaced with greyish stone and improved over the centuries. Perched high on a hill and illuminated by lights, it stood as an enormous fortified structure with thirty-foot walls and fifty-foot rectangular towers.

The balloon scraped over the grass and skidded to a stop on the Royal Mews, right next to the main entrance. Tom and Sarah each grabbed a stake and quickly jumped out, firmly securing the balloon. 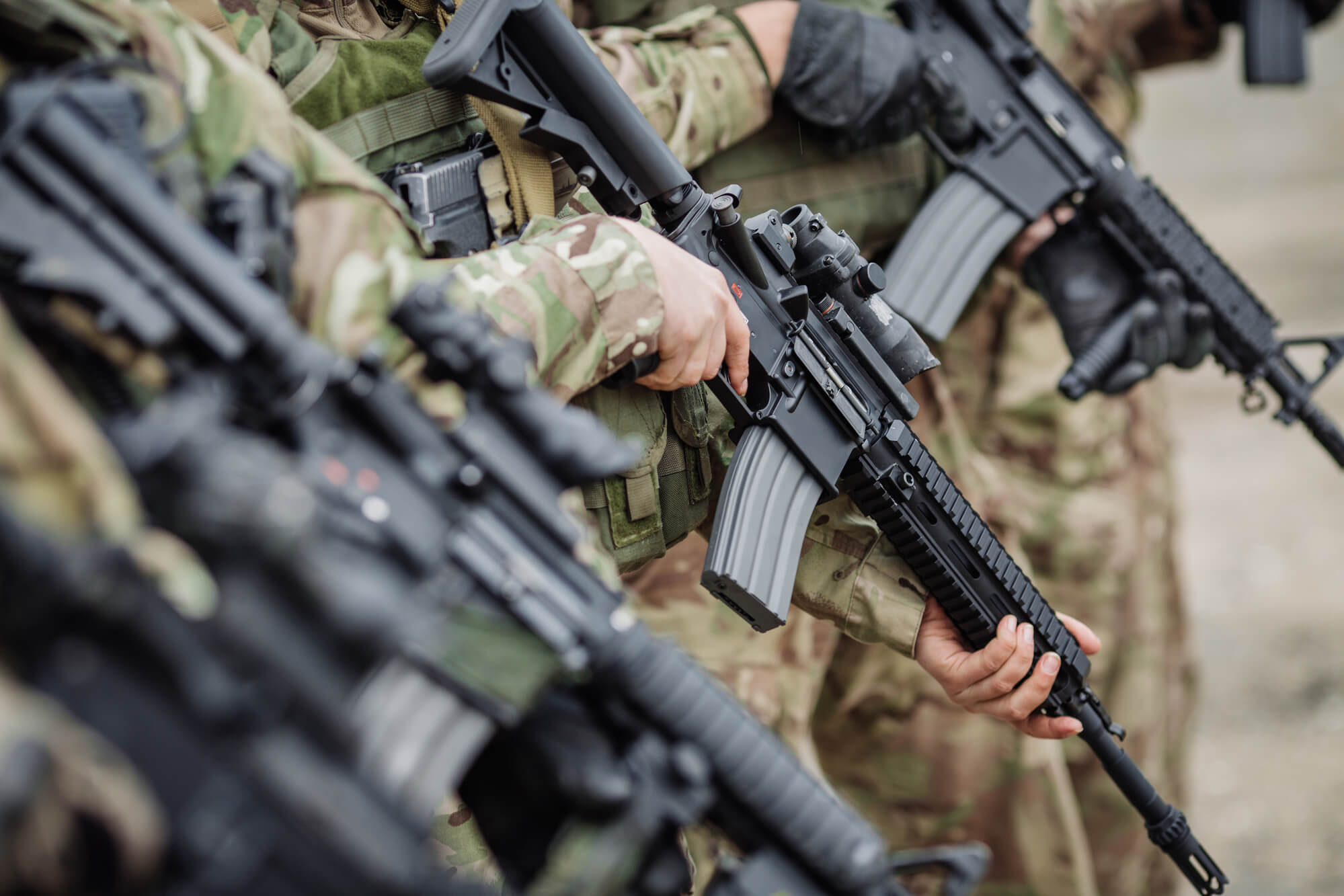 the town of Windsor, Berkshire, Windsor Castle was originally built by William the Conqueror following the Norman conquest of 1066. Since Henry I (1110-1135), it is the longest continuously occupied palace in Europe. Originally designed to protect Norman dominance around the outskirts of London, Windsor Castle was built as a motte-and-bailey, which was gradually replaced with stone fortifications. Henry III (1216-1272) built a luxurious royal palace within the castle, and Edward III (1313-1377) rebuilt the palace to create an even grander castle that became one of the most expensive building projects in England during the Middle Ages. Edward’s core design lasted through the Tudor period, during which Henry VIII (1509-1547) and Elizabeth I (1558-1603) used the castle as a royal court and center for diplomatic entertainment. Windsor Castle survived the English Civil War, when it was used as a military headquarters for Parliamentary forces and a prison for Charles I (1600-1649). During the 18th century, George III and George IV renovated and rebuilt Charles II’s palace at colossal expense, producing the current design of the State Apartments, full of Rococo, Gothic and Baroque furnishings. Queen Victoria (1819-1901) made a few minor changes, which became the center for royal entertainment for much of her reign.

By the time Tom and Sarah finished tightening the ropes, twenty well-armed royal guards had surrounded them: it took no more than sixty seconds from the balloon touching down to a security force being sent out. Make no mistake about these well-trained men; unlike the popular Beefeaters dressed in their colorful red and black suits and carrying long staffs, these men were wearing high-tech army gear and holding M-16 rifles. They would do anything to protect the Royals and Windsor Castle.

Sarah looked up. “Tom,” she whispered, her worst fears realized.

He glanced over and froze. “Not the welcome we hoped for,” he responded dispassionately. “Professor?”

As the commander aggressively approached the balloon, Hainsworth peacefully surveyed the situation. 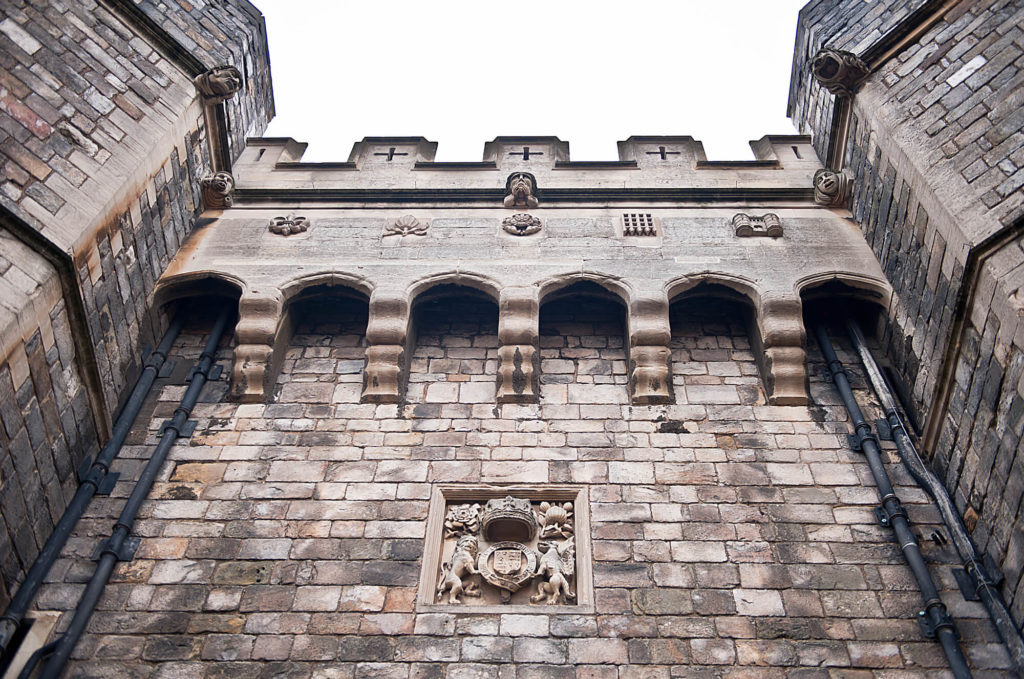 climbed over the basket, helped by one of the guards. After the initial shock wore off, Philip became engaged in conversation with the professor, walking toward the castle as two lost friends finally reunited. Tom and Sarah trailed closely behind.

“What’s going on?” she asked Tom, still bewildered by what just transpired.

“I’m not quite sure, but I don’t think we’re going to jail.”

The guards returned to their posts as Philip, Hainsworth, Tom and Sarah marched through an arched entryway leading to the main entrance hall.

The inside of Windsor was like a museum, with beautiful paintings, marble statues and priceless artifacts meticulously arranged throughout. The twenty-foot ceilings had colorful motifs and gilded carvings. Positioned by the main stairway was an enormous Christmas tree carefully decorated with colored bulbs, glass angels and plaid ribbons. White lights covered the tree from top to bottom and presents of every size were neatly stacked underneath. Six-foot wooden nutcrackers dressed in the Royal Stewart tartan stood on either side. The smell of cinnamon and pine overpowered the room.

Dripping wet and shivering, they waited anxiously in the foyer.

“I hope we’re not imposing,” said Hainsworth sincerely. “I know we’ve put you in quite a predicament.”

Philip turned to his guests. “For you, Professor, I’d be willing to make any sacrifice.” He lowered his voice. “Luckily, the Queen and the Royals are away for a few days, so I can take a few liberties. However, if they were here, well . . . that would be an entirely different situation.” 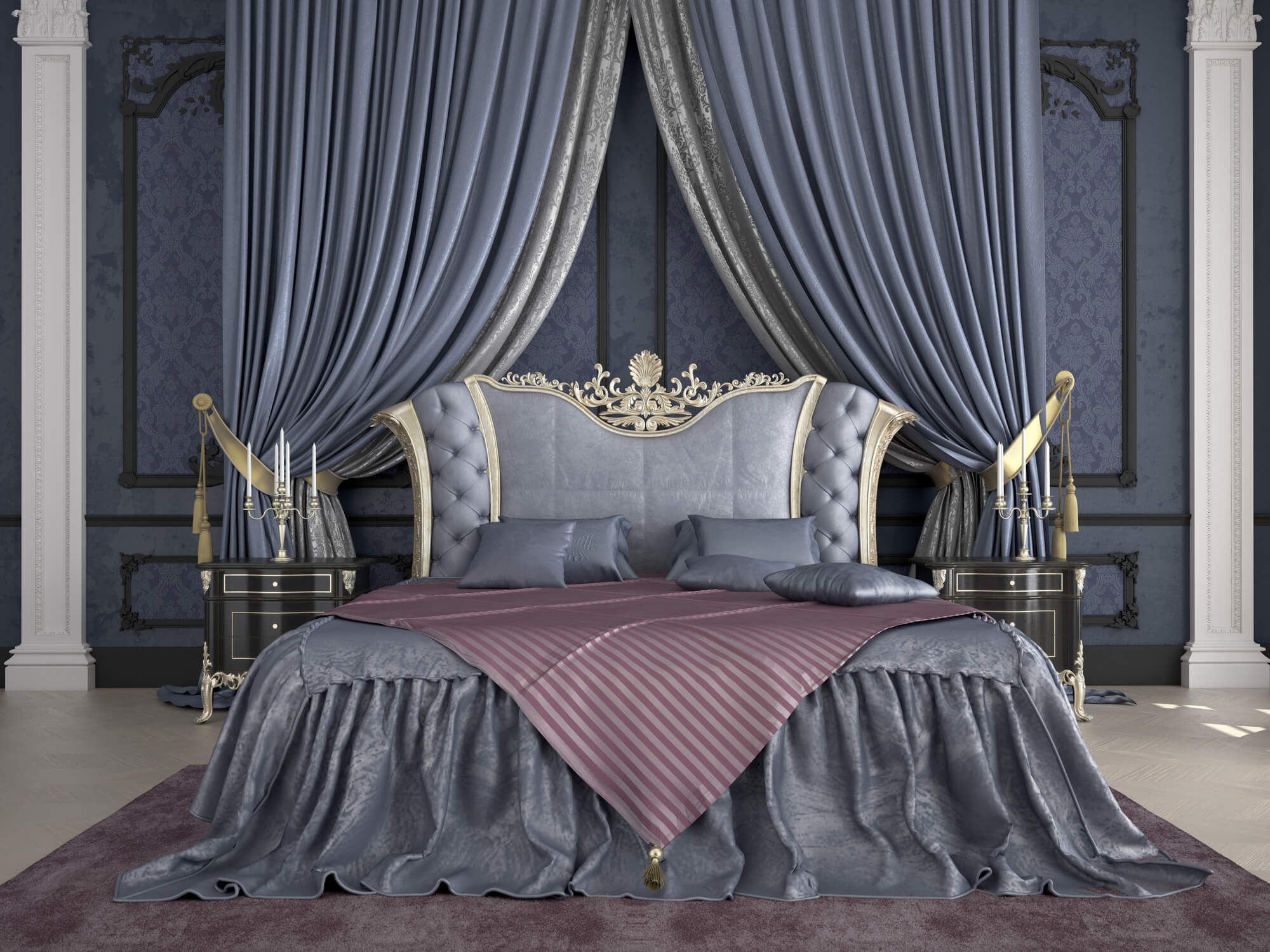 Tom, and Sarah followed the footmen down a long corridor and through adjoining rooms. Each section was its own masterpiece: walls covered in velvet or silk, century-old tapestries embroidered with scenes of famous battles, crystal chandeliers sparkling from the coffered ceilings, antique furniture from around the world and bronze statues artistically positioned.

Afraid to touch anything, Tom and Sarah walked straight ahead, arms pinned to their sides. They made their way up two marble staircases and into a mahogany hallway with polished teak floors. Each was shown to a bedroom.

Hainsworth disappeared through a door as Sarah looked over to Tom and bid him farewell.

“Adieu, mon ami,” she whispered, vanishing into her bedroom.

Tom entered a room that could have easily fit half of the Grievouses’ house. The ceilings soared above him. There was a four-poster oak bed with enough room for every orphan at Weatherly, a fireplace he could stand in and an array of elegant tables and stylish chairs.

In the early 19th century, The State Apartments were mostly designed by Jeffry Wyatville, who intended each room to illustrate an architectural style and to display the matching furnishings and fine arts of the period. Different rooms follow the Classical, Gothic and Rococo styles, together with an element of Jacobethan in places. Wyatville’s most famous work are the rooms designed in a Rococo style, which the fluid, playful aspects of this artistic movement, including many original pieces of Louis XV decoration. The Grand Reception Room is the most prominent of these Rococo designs, 100 feet (30 m) long and 40 feet (12 m) tall and occupying the site of Edward III’s great hall. and occupying the site of Edward III’s great hall.

Hainsworth, Tom and Sarah followed the footman through a hallway and down two flights of stairs. A distinct smell of leather and aged wood filled the air.

“I’m still amazed at what’s happened, Professor, but I’m afraid to ask,” said Tom innocently. “I don’t want any of this to disappear.”

“Not to worry,” Hainsworth assured him. “We should be set for the night. Philip and I go back a long way.”

“How do you know him?” asked Sarah.

“He was one of my students at Oxford. And with some guidance, he became an excellent scholar. I’m very proud of him,” he said with paternal pride. “Unlike so many, he worked extremely hard. I admire that character trait in people.”

“His kindness is overwhelming,” said Sarah, sliding her hand along the fine silk dress. “I could get used to a place like this.”

“Indeed,” nodded Hainsworth, as he looked around. “Of all the places to land, we picked the right one.” 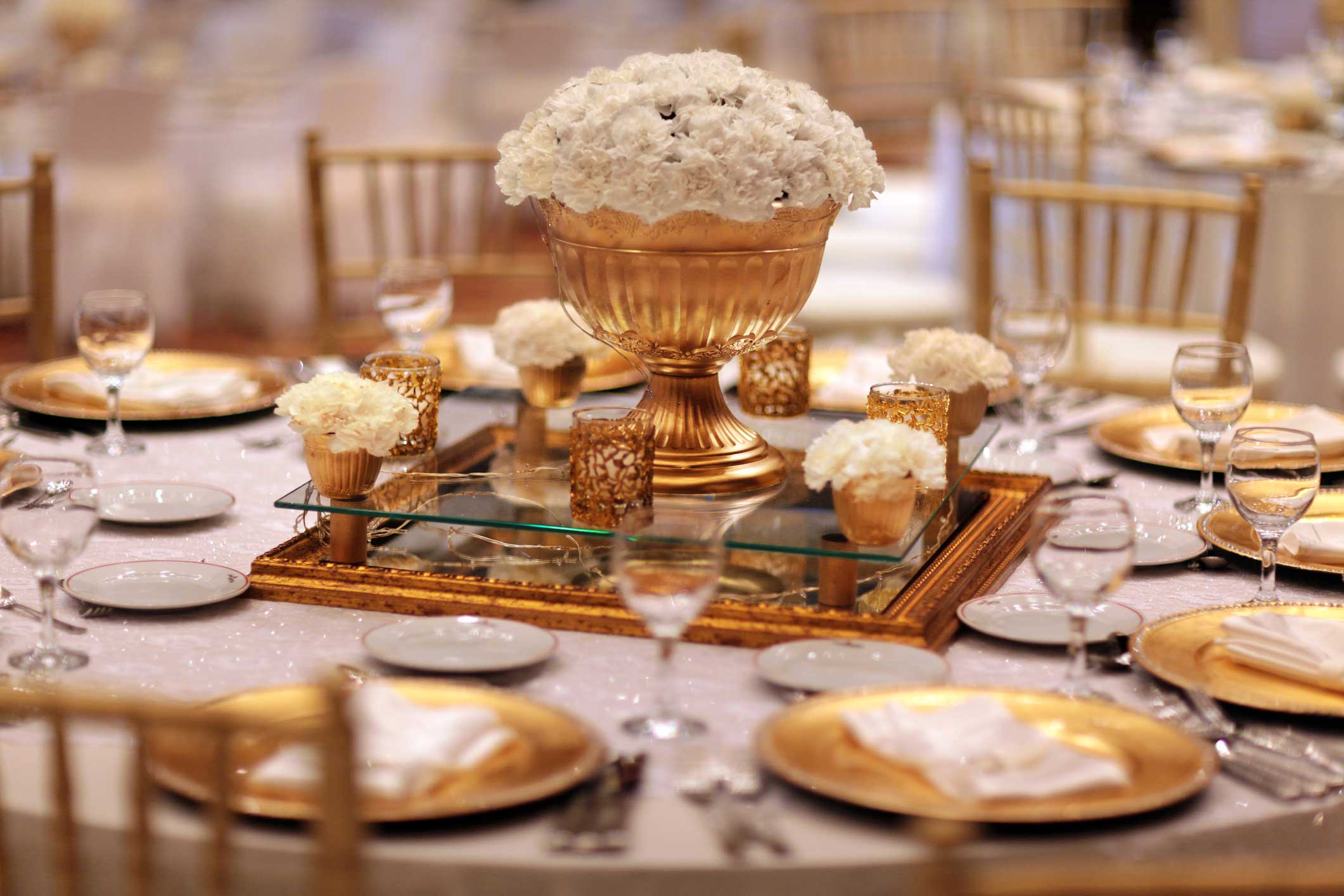 into the Waterloo Chamber, a stately banquet hall with wood paneled walls, an assortment of 19th century portraits, a barrel-shaped ceiling with arched windows on each side and five chandeliers evenly spaced in the middle.

The room was blazing with activity as servants and staff efficiently worked away. An eighty-foot mahogany table was at the center, polished to perfection and gleaming like a mirror. There were four massive porcelain urns in the middle waiting to be filled with fresh flowers. Each place setting had Royal Doulton bone china plates, surrounded by fifteen distinct pieces of Dixon & Sons silverware and seven different-sized Waterford crystal glasses. Two servants carefully walked along, painstakingly checking each fixture with a ruler. Brass was polished, shelves dusted, and oriental carpets cleaned. Everything was perfect.

The professor sat up in his chair as Tom and Sarah moved closer, intrigued.

“What I do know is that the Britfields were one of England’s oldest families, going all the way back to Norman times.”

“Yes, very good,” he replied, standing up as though he was getting ready to give a lecture. “Through different marriages and relationships, it was said that the Britfields had a strong claim to the English throne, even stronger than other dynasties. The Britfields spent centuries trying to acquire what was rightfully theirs,” continued the professor, sipping his brandy and savoring every drop. “But when the Stuarts took power in 1603, the Britfields became unpopular at court.”

“Why?” wondered Tom aloud, hanging on every detail.

“It was said that the throne belonged to the Britfields and that they had entitlement over James I, who came from Scotland. A scandal broke out, followed by political deception and fraudulent accusations. Many of the Britfields were arrested on false charges and imprisoned. Some were even killed. Overwhelmed, the Britfields moved to different parts of England while others fled to the continent.”