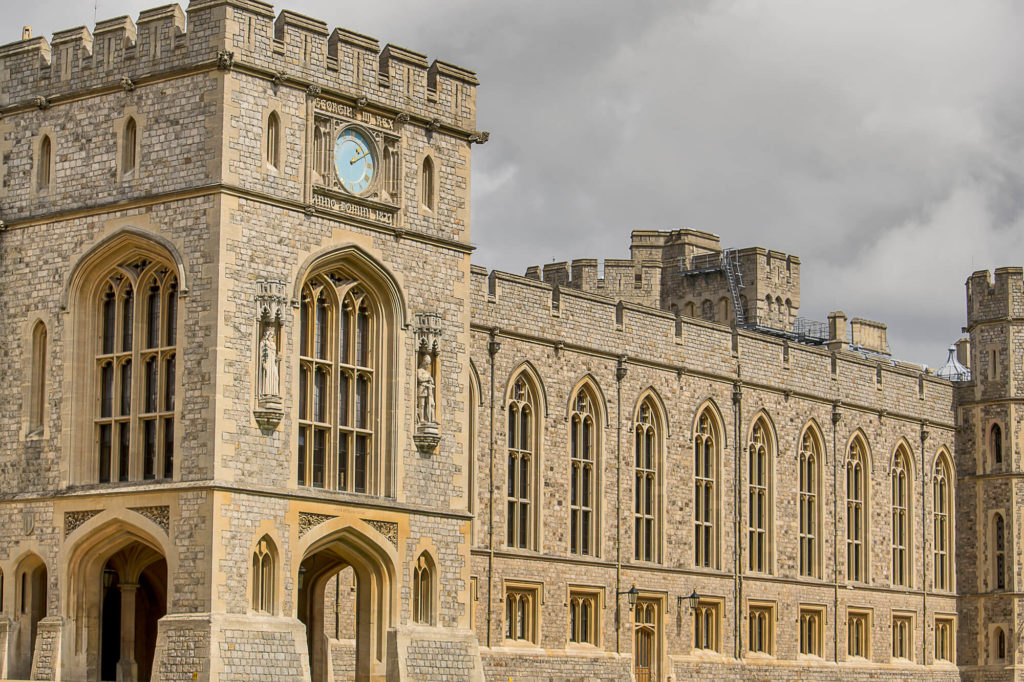 With great effort, he climbed through the sea of bedding and over the edge, spotting a pair of slippers and a silk robe waiting for him. Unfamiliar with this traditional morning attire, he kicked them aside and dressed in his new clothing. He felt relaxed in his crisp shirt, nice slacks, and comfortable shoes, a wardrobe he thought he could become accustomed to. His only concern was that he’d have to return the items.

Eager for his delicious breakfast, Tom hurried to the door and tried the knob. It was locked from the outside. He twisted and jiggled it, but it wouldn’t open.

“Hey, is anyone out there? The door is stuck,” he called softly, giving it a few knocks. “Hello? Anyone there?”

Then he heard the whispers of two men on the opposite side. Tom lightly placed his ear to the door and listened.

Tom leaped back from the door, fearful of being near it. The dreamlike experience became a nightmare.

His mind raced with thoughts: What are these men talking about? Do they work for Gowerstone? Are we being returned to Weatherly? Why do they want the professor? And what do they mean eliminate? Wasn’t Philip a friend? No, he’s a bloody traitor.

All Tom knew was that he had to get Sarah and the professor out of Windsor Castle. He examined the room to see if there was another exit. There wasn’t, except for the windows.

Tom rushed over and tugged back the curtains. Looking outside, Tom saw the balloon glimmering in the sunlight. He noticed it had been repaired and readied for takeoff . . . but why? If they were going to be returned to Weatherly, why fix the balloon? It doesn’t matter, he thought. He had to escape from this room.

Tom gently opened a window and climbed out onto the ledge, a six-inch stone overhang covered in morning dew.

Cautiously standing up, he edged along the narrow walkway, his leather shoes making it extremely slippery. Knowing Sarah was next door, he carefully moved toward her window. He clung to the building, terrified of bending his body even an inch.

cars zipped through the medieval city of Windsor, an affluent suburb nestled by the River Thames. The vibrant streets were filled with fancy shops, quaint restaurants, attractive brick cottages and modern glass buildings. Across the water was Eton, an esteemed prep school shrouded in history.

People leaped out of the way as the vehicles sped around the narrow one-way cobblestone streets. Gowerstone sat in one of the cars, restless to get to the Castle. They flew down Clarence Boulevard and up Peascod Street, skidding on the wet pavement.

Standing completely exposed on the window ledge, Tom and Sarah watched as the door to Hainsworth’s bedroom swung open.

“He’s also gone,” exclaimed Philip, utterly confounded. He angrily grabbed one of the guards and shook him for an explanation. “How did they escape?”

“I don’t know, sir. I locked all three doors last night, just as you ordered.”

Suddenly Philip spotted Tom and Sarah peering through the glass.

He smiled and dashed to the window. “Stay there — don’t move,” he said enticingly. “I’m here to help you.”

Startled, Sarah lost her balance and fell backwards. Tom grabbed her and they both plummeted to the ground.

fell two stories, landing firmly in a gigantic dogwood bush. Buried deep in the jagged branches, they shifted around, trying to break free.
“I’m not sure,” she moaned.
“Can you move?”
“I think so.”
Tom wiggled free and tumbled to the ground, his hands and legs scratched and covered in twigs. “I’m loose.”
Guards quickly rounded both corners, guns unholstered. Realizing they were surrounded, Tom led Sarah to a side door.
Tom and Sarah entered the Queen’s Drawing Room, a treasure trove of priceless oil paintings displayed on the walls: Caravaggio, Gainsborough, Rembrandt, Reynolds, Rubens, van Dyck, and Vermeer, to name a few. 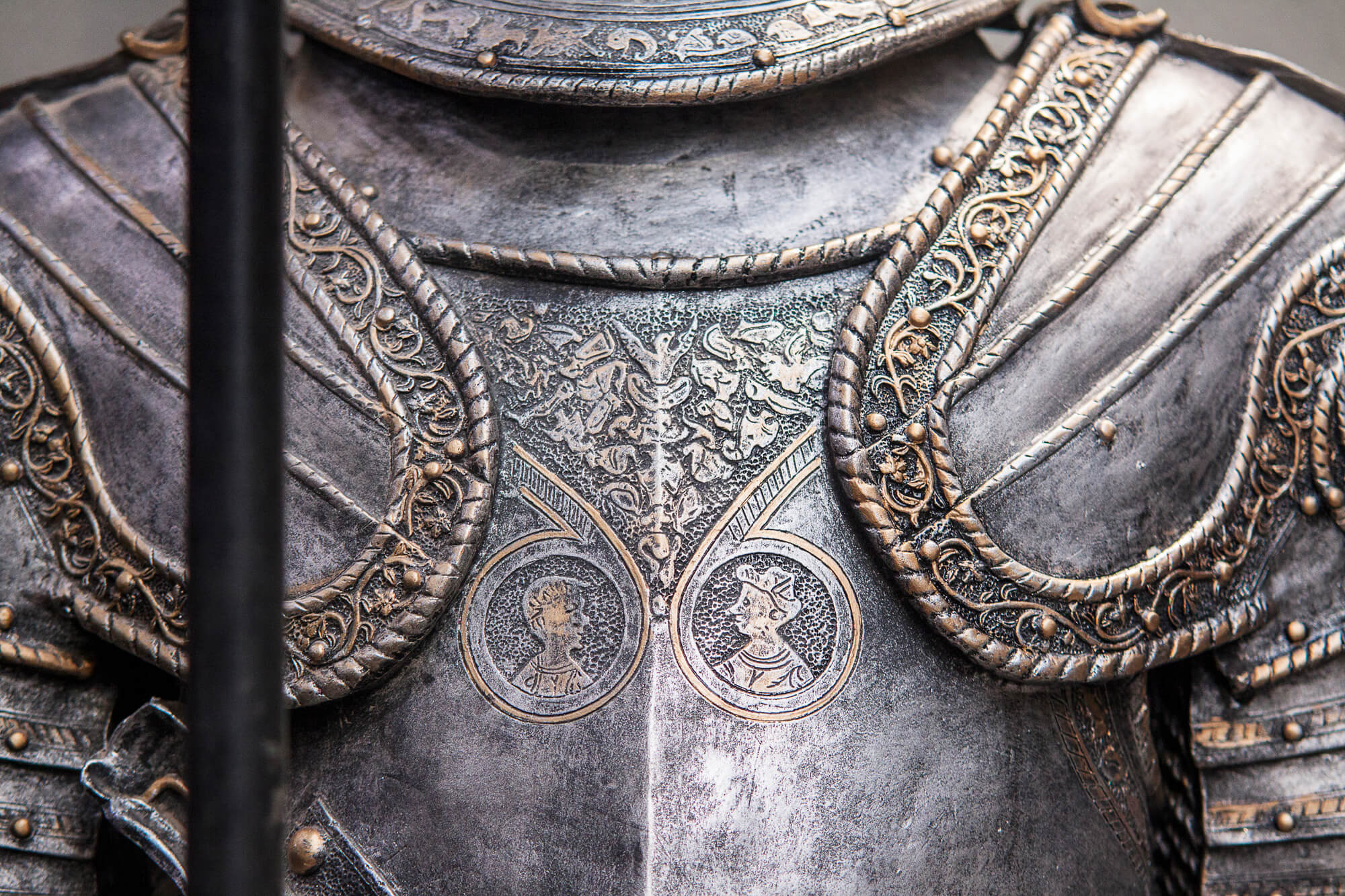 is at the northern edge of the Queen’s Apartments, bounded to the east by the King’s Closet and to the west by the Queen’s State Bedchamber. The Queen’s Drawing Room was known as the Zuccarelli room until 1910, at which point it became a picture gallery with works by many Old Masters on display. The furnishings include two of the five silver chandeliers from Hanover, temporarily housed at Windsor during the Napoleonic upheavals. The set of painted furniture was part of the late eighteenth-century refurbishment of the State Apartments.

Tom and Sarah crept through an open archway and quietly moved toward the far side of the gallery.

Suddenly the back door crashed open and guards’ voices echoed in the chamber.

“Come on, we need to keep moving,” Sarah whispered anxiously.

Tom followed Sarah into the King’s Dining Room and through the state apartments. Lost in an endless maze of adjoining rooms, they dashed from one to another until they arrived at the Grand Corridor, a long hallway lined with historical artifacts and suits of armor standing at attention. Limestone busts rested on pedestals, and long burgundy drapes hung from the windows.

The rumble of voices approached.

“Where should we hide?”

“How about inside one of the suits of armor.”

“Like we have time to climb into one of the knights.”

continued through the corridor and exited down a flight of granite steps leading into the Albert Memorial Chapel. This sacred sanctuary had an eerie golden hue and a lingering damp smell. The air was frigid. Each wall was illuminated with stained-glass windows vividly depicting famous biblical scenes. The vaulted ceiling was a spider-web of ribbed arches projecting out from the plaster. In the middle lay the marble casket of Prince Albert, Queen Victoria’s beloved husband. 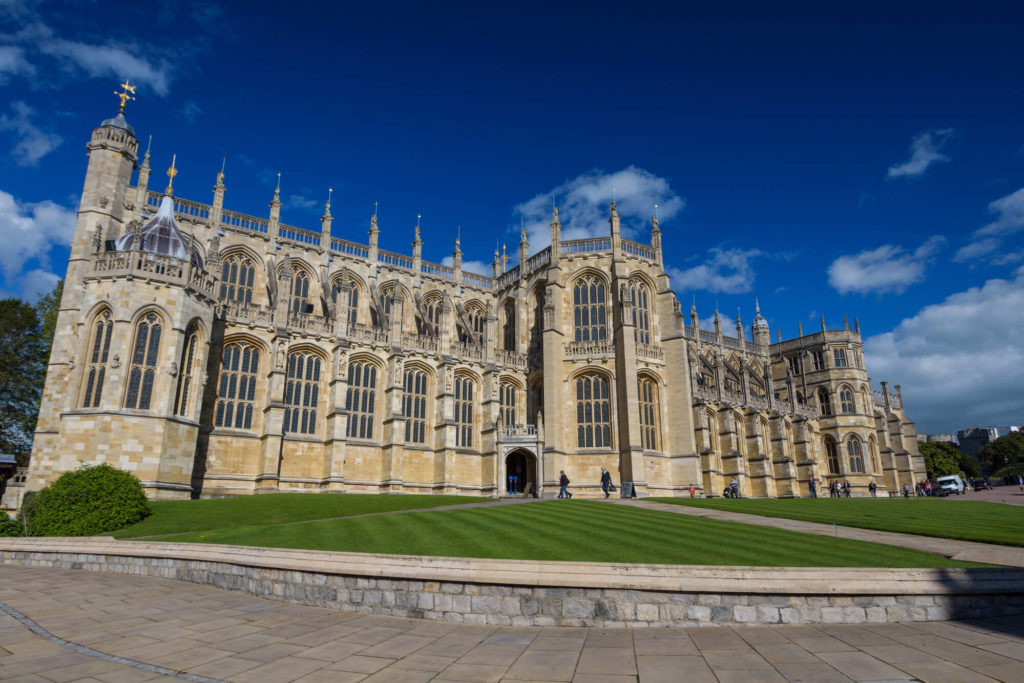 Aware they had just intruded on some holy shrine, the two stood quietly.

“What is this place?” murmured Sarah.

“It looks like some type of church,” he answered, observing the colorful windows and ornate woodwork.

“And that?” she wondered aloud, uneasily pointing at the casket.

“I’m sure whoever’s inside is dead.”

While Tom continued his search, he came upon the small library they were in the previous night. He then noticed Hainsworth sound asleep slumped back in a leather chair, exactly where they had left him.

Tom and Sarah dashed around the building until they found a door leading to the room.

“Quickly grab the professor, and I’ll watch for any guards,” said Tom urgently. 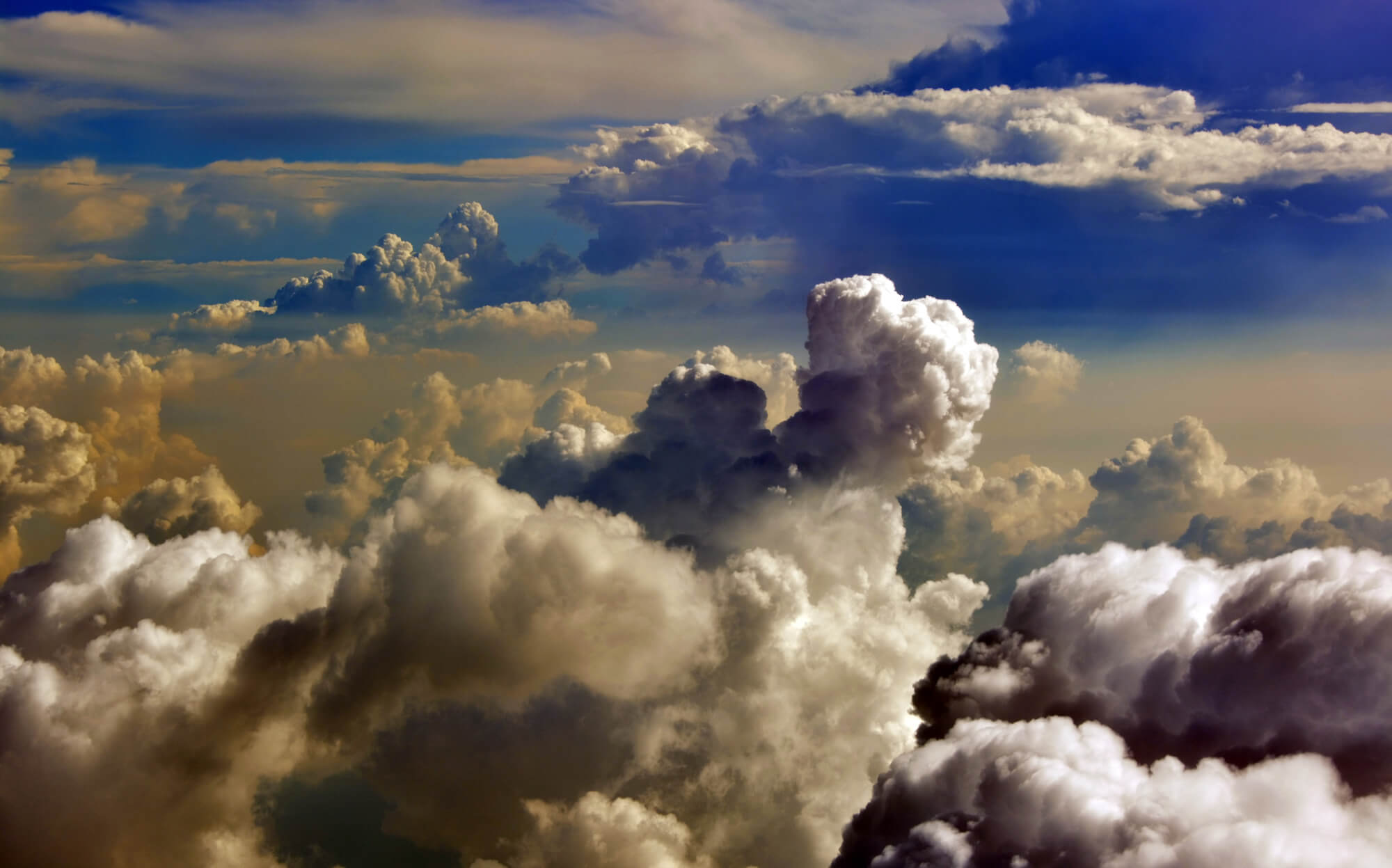 waited by the castle, hiding behind an outcrop of oak trees.

“What do you think, Professor?” asked Tom anxiously. “Should we try for the balloon?”

Hainsworth hesitated, still baffled by the sudden turn of events, then let out a weary groan. “That may be our only option.”

All three started with a brisk jog that rapidly turned into an all-out canter. Tom took the lead, followed by Sarah, and then the professor, who hadn’t had this much exercise in decades and was lagging behind.

Gowerstone observed the figures burst from the trees and instantly pursued, cutting across the field to intersect them. He hollered into his radio, ordering everyone to merge on the area.

Tom could see the balloon, now only fifty yards away and getting closer. Everything seemed too easy when suddenly a bullet whizzed by his head

With both of them pushing, they managed to get Hainsworth into the basket. He collapsed on the floor.

They hopped back inside and unhooked the last rope. The balloon soared upward into the midmorning sky.