Gowerstone rounded the corner just in time to see Tom and Sarah advance down Watling Road and onto Cannon Street. He continued after them, signaling other officers to follow.

He was close behind when Tom and Sarah ran right in front of a double-decker bus.

Gowerstone froze, inches from hitting it.

As the bus whisked by, they vanished into a crowd of people. Frustrated, Gowerstone motioned two police cars to pursue while four officers continued on foot.

Skillfully evading the police, Tom and Sarah ran to a neighborhood park and hid in some overgrown shrubs. Nearby, the Tower Bridge hovered over the Thames, its two gigantic towers overshadowing the river. It was late, damp and cold. Three miles from St. James and their hotel, they had no idea what to do.

Tom and Sarah both felt responsible for Hainsworth’s capture. What started as an escape from Weatherly and a journey to London had escalated into a crisis, and their newfound friend had been arrested. 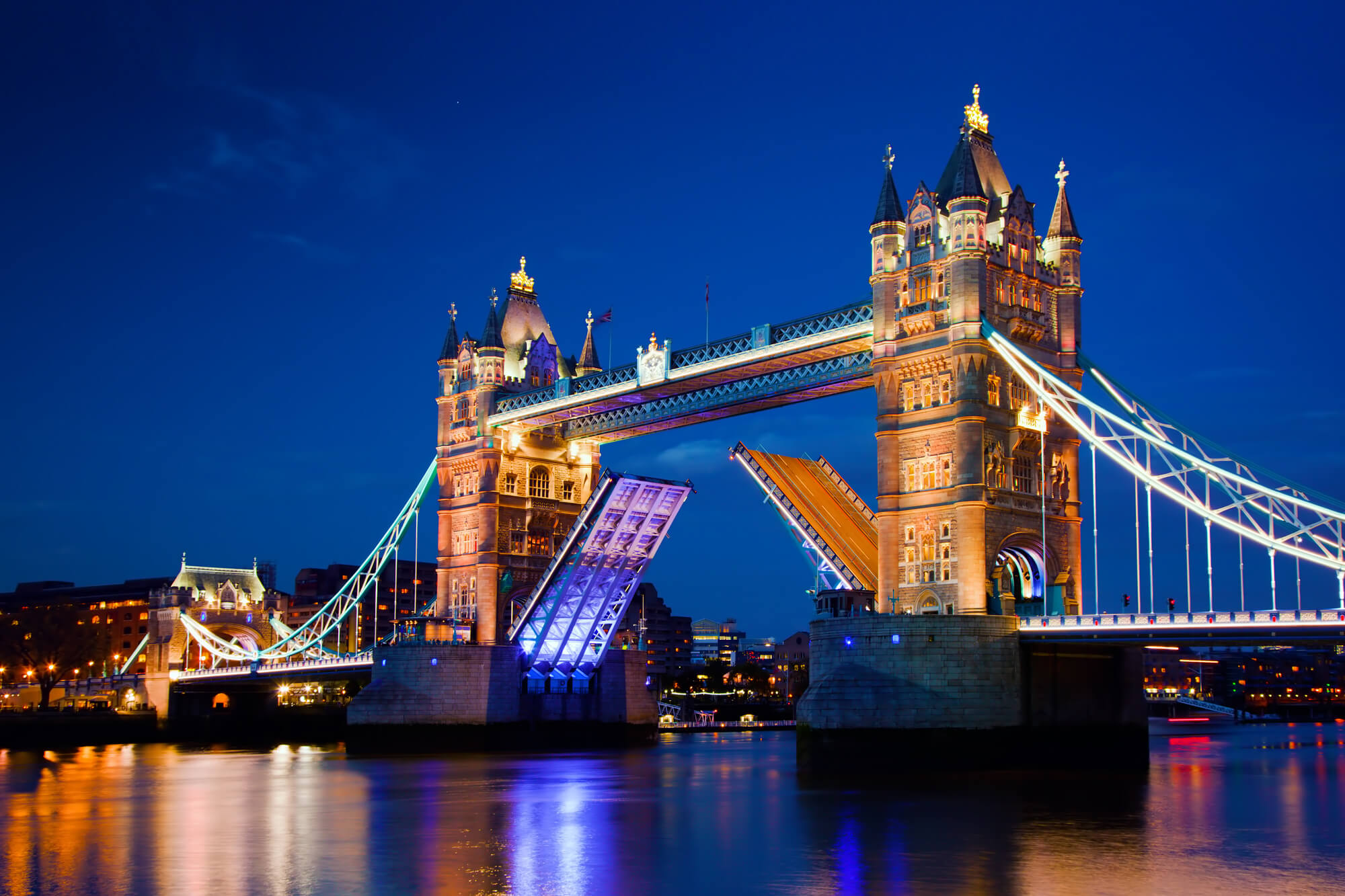 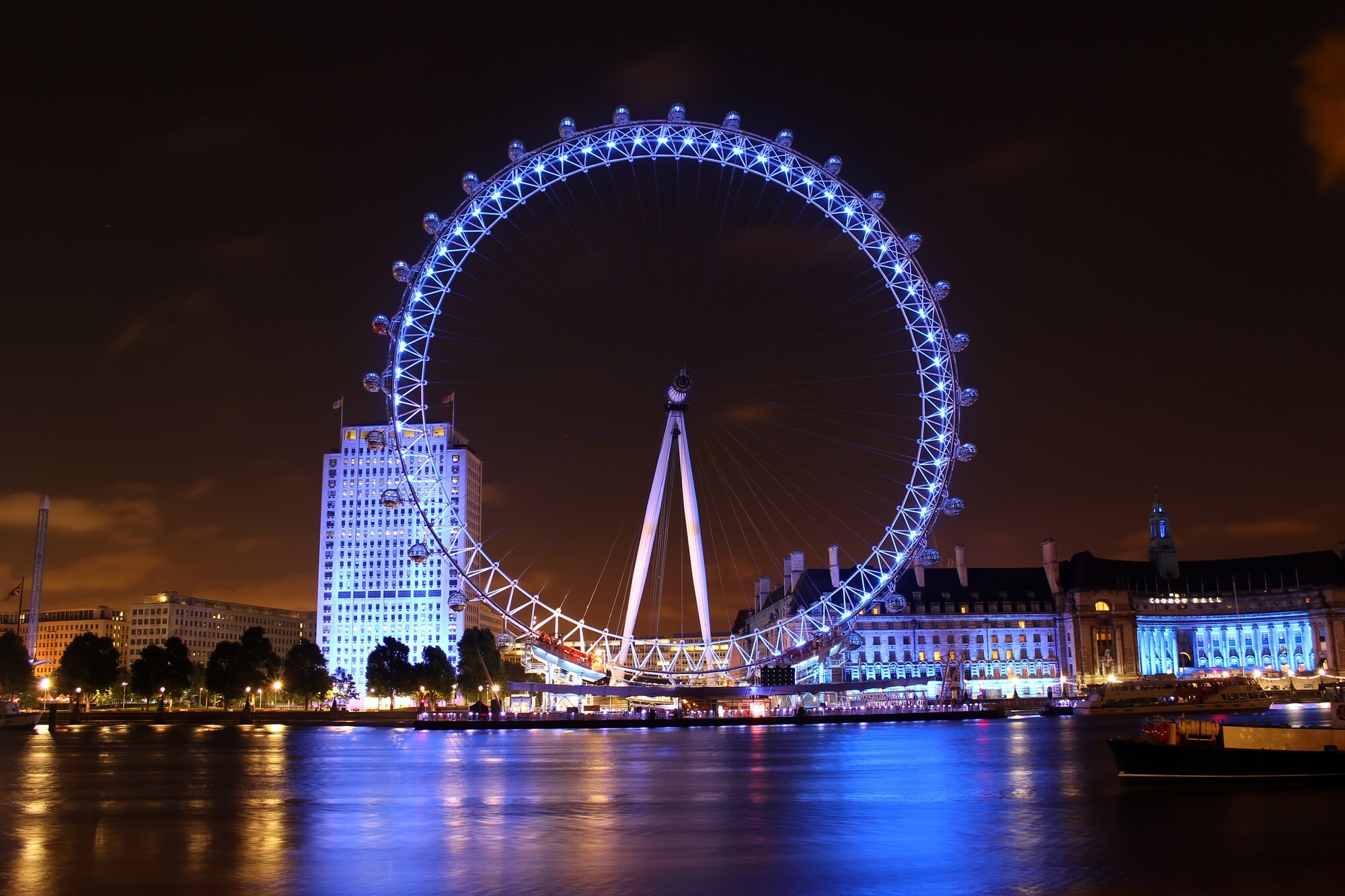 Tom and Sarah were still wandering around London, completely lost. What seemed like the right direction only brought them back full-circle. The problem was, none of the streets were straight or laid out in any kind of comprehensible manner. Instead of the traditional square grid of modern cities, London was a maze of mismatched roads and twisting boulevards.

After asking directions five times for the Duke’s Hotel, they finally bought a map with Tom’s ten-pound note, leaving him six pounds. They figured out their location and made their way back to Victoria Embankment, using the river as a guide. Across the Thames was The London Eye, a magnificent white Ferris wheel brightly illuminated and slowly turning. It was a welcomed landmark they had seen before. 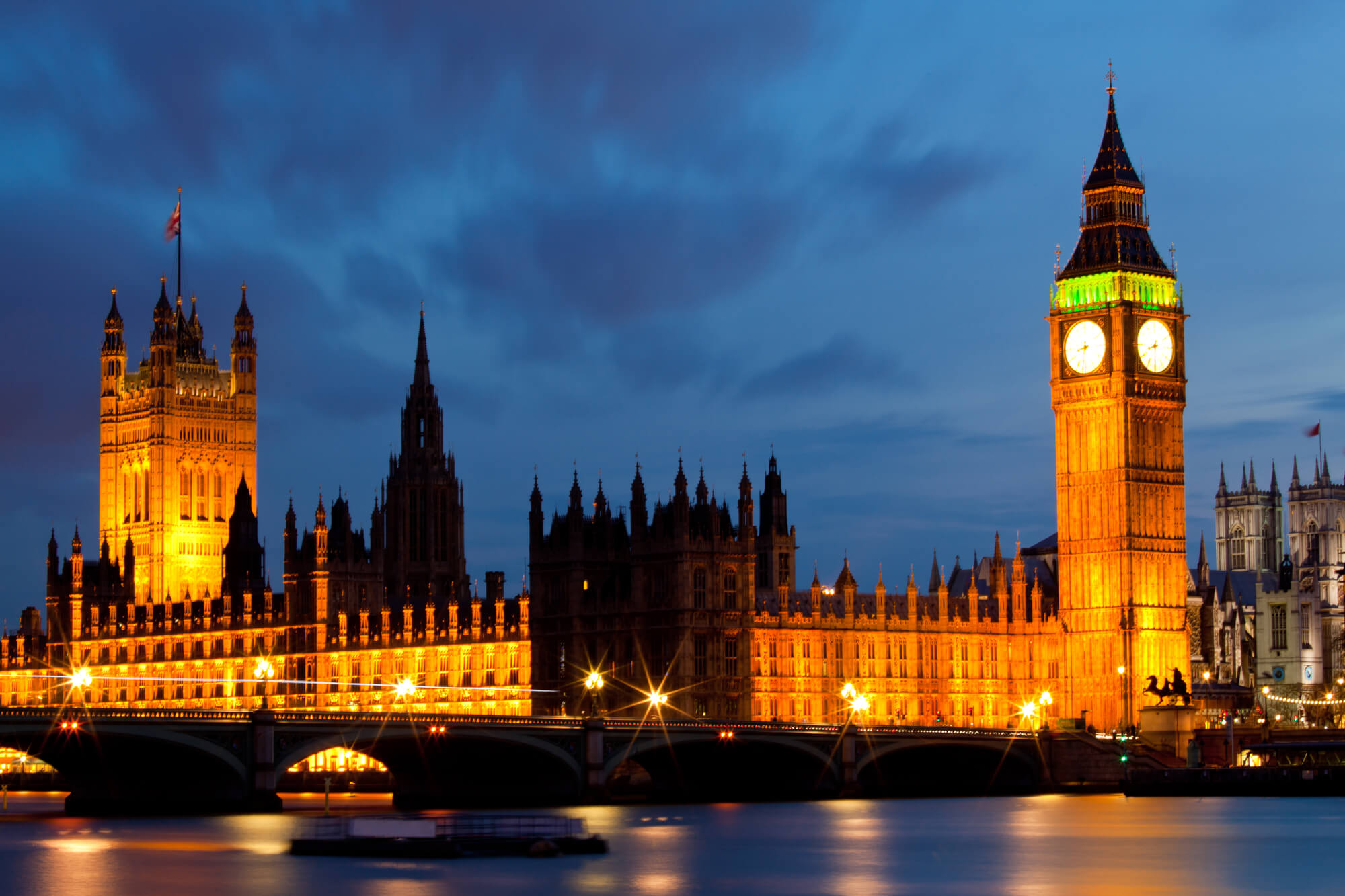 so much in my entire life,” moaned Sarah, her face emotionless and arms drooping by her side.

“Neither have I,” agreed Tom despairingly.
“Are we close?”

Tom glanced at the map again. “Somewhat . . . I think. We’ll have to cut through there.”
He pointed toward the Houses of Parliament, an enormous 19th century Neo-Gothic building washed in fluorescent lights. Its haunting steeples soared into the midnight sky. Attached to one side was Big Ben, a 316-foot clock tower chiming 12:00 a.m.

“The hotel must be close.” Tom spun around and searched the area. “If Big Ben is here . . . and the Thames is there . . . then we should head in that direction,” he motioned towards St. James. 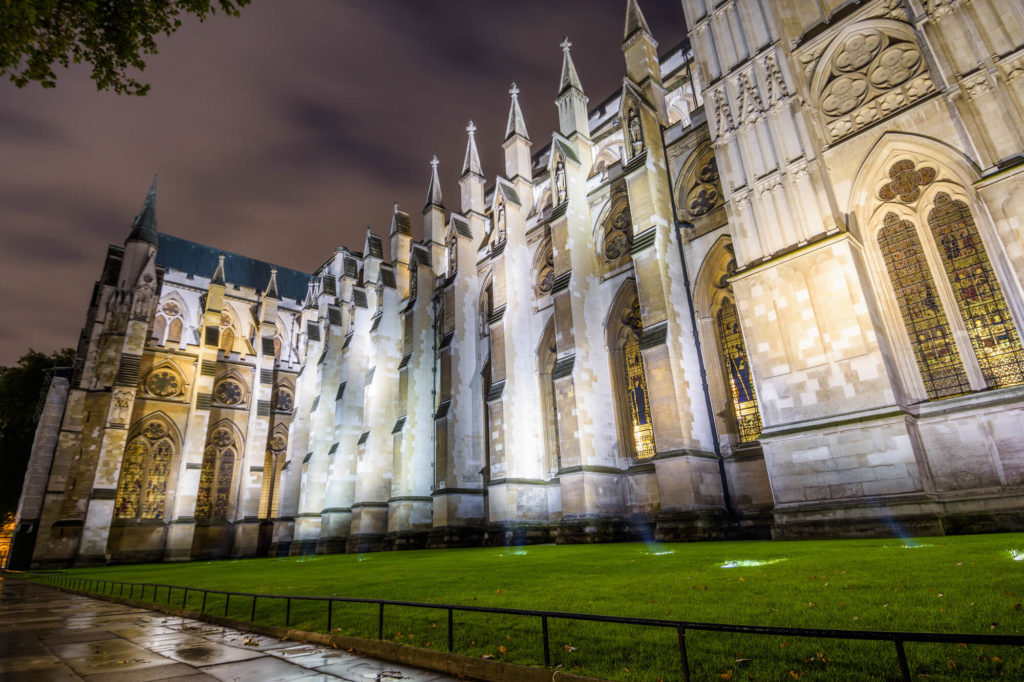 she sighed deeply, “since you have the map.”

“Thanks,” he mumbled halfheartedly, not sure if it was a compliment or a criticism.

They cut across Parliament Square and walked by Westminster Abbey, a French-Gothic cathedral with flying buttresses supporting the outer walls. An enormous rose window reflected the moonlight.

After trudging through St. James Park, they safely made it to the hotel. Too exhausted to care, they marched in, got their key and went directly upstairs.

Tom tapped on the professor’s door, hoping against hope that he was in. There was no answer.

After finishing breakfast, Tom and Sarah decided to wait for Hainsworth. They wandered down to the lobby and asked Brandon if he had heard from the professor or received any messages. He said no. Brandon realized there must be something going on, but his loyalty to Hainsworth was unwavering: An Oxford creed practiced among the graduates.

Tom and Sarah stayed in their room for another hour but began to lose hope. They both felt it was only a matter of time before someone found them at the hotel, and it was too risky to stay in the city any longer. Although London had always been their main objective, things had drastically changed over the last few days.

“What do you think the professor would want us to do?” asked Tom, pondering the question himself.

She thought for a moment. “Probably continue on. He’s helped us this far. We can make it on our own the rest of the way.”

“You mean to Canterbury?”

“Of course I am,” she replied in a serious tone. “But we’ve managed on our own before, and we’re still together.”

Tom smiled, amazed at her resolve. “Okay, how do we get there?”

off the main roads, Tom and Sarah entered Green Park, a sprawling area of meadows and wild flowers. They hurried along a gravel pathway covered in leaves dampened by a passing shower. The late morning air was brisk and fresh, promising a better day. After last night, even walking a few blocks was painful. Their feet were sore, and their legs cramped. 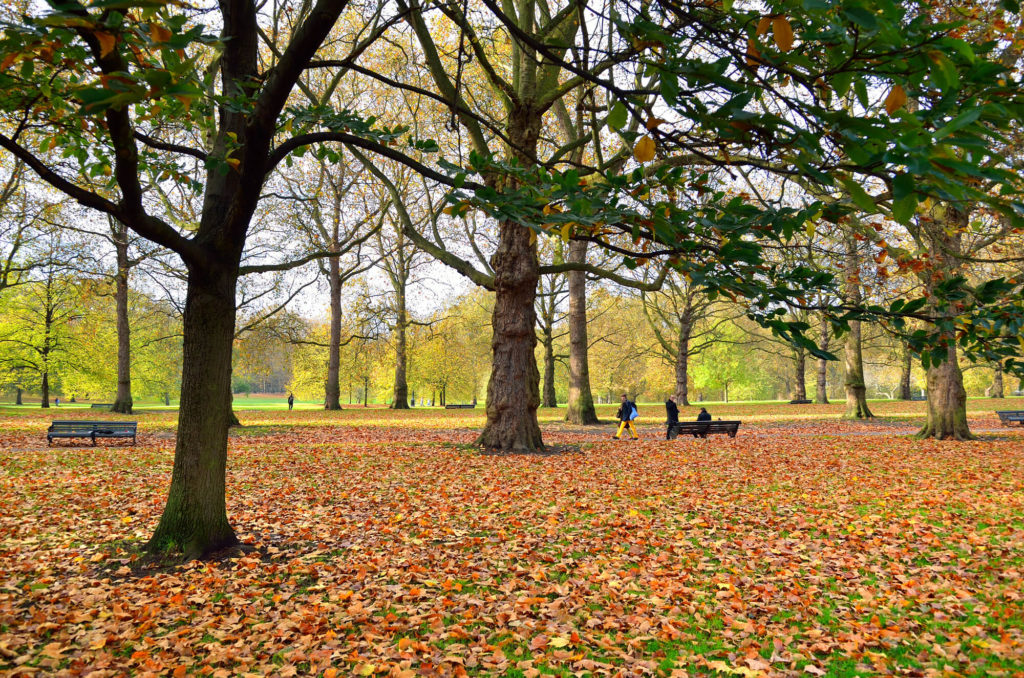 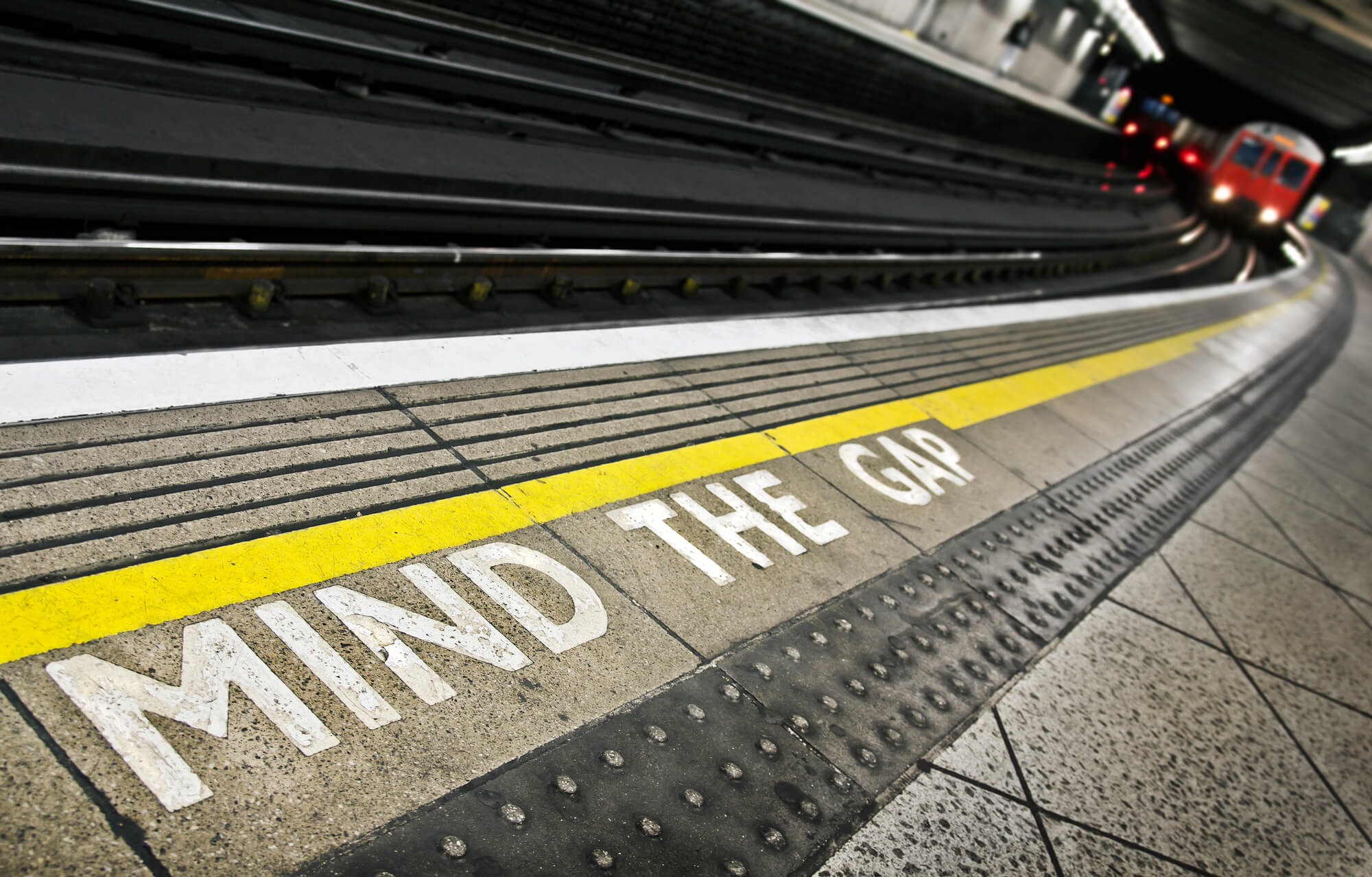 Piccadilly Circus tube station, they noticed an officer posted at the entrance. He was a burly man with an angry scowl across his face.

Tom and Sarah waited until he turned his head, then hustled down the stairs with the rest of the crowd.

Two stories underground, the subway station was a chaotic jungle. Kindness was forgotten, and proper etiquette abandoned as obnoxious people bumped into one another rushing to catch their trains.

After purchasing their tickets for five pounds, they searched for the correct train. They ran up one flight of steps, crossed over a track, came down the other side and waited. People were tightly bunched together, each one desperate to get on first and claim any vacant seats. Most of the time everyone just ended up standing.

“Why does he keep saying that?” inquired Tom, irritated by the repetitive announcement.

Sarah motioned to the ground. “It’s the gap between the train and the platform. They don’t want anyone to fall in.”

“I’ll remember that,” he murmured, suddenly envisioning what that might look like and shivering at the thought.

A long silver train screeched to a stop. Multiple doors flung open, and a stampede of passengers tumbled out.

Sarah took Tom’s hand and fought through the swarm, finally getting inside. They stood in the jam-packed crowd, waiting by the door and hoping to get off first.

The train bolted forward. People shifted backwards then settled. The odd routine and experience reminded Tom of the orphanage: cramped quarters, stale smell and an unfriendly atmosphere. The compartment shook and rattled as the train motored along, then abruptly stopped: Leicester Square.

When the next train stopped, a torrent of exiting passengers knocked Tom back while Sarah was carried into the compartment with the crowd.

The doors closed. Sarah was locked inside.

Tom smacked the window, hoping the doors would open — they didn’t

As the trained started moving, Tom ran along the outside platform waving his arms in a feeble attempt to make it stop. Sarah was glued to the window silently mouthing, “Tom! Tom!” The train disappeared down the track and into a dark tunnel.

of Waterloo Station resembled a covered shopping mall with restaurants and stores lining each side. Towering overhead, a web of metal trusses supported the glass rooftop, and an enormous four-sided clock hung from a girder, showing 2:20. Around the outer borders was a network of platforms with railways heading all over Britain. People hurried back and forth as one train arrived and another left.

Sarah didn’t know where to begin. She ran over to every boy who resembled Tom only to have the child give her a puzzled look. After countless attempts to find him, she spotted a British Transport policewoman scouting the area and quickly moved behind a postcard stand. It didn’t take Sarah long to remember that half of London was looking for them.

Meanwhile, at the other end of the terminal, Tom desperately hunted for Sarah. Keeping clear of the authorities, he filtered through the crowd and scurried in and out of the shops. While he tried to stay optimistic, he was worried he might never see her again.

Suddenly, he spotted a familiar figure in the distance and sprinted toward her. As she turned, he lunged forward and hugged her.

“Thank goodness,” he gasped, his anxiety turning to relief.

She squeezed him back, laughing and sniffling at the same time.

“How on earth did you get here?” she asked, perplexed.

“With only a pound?”