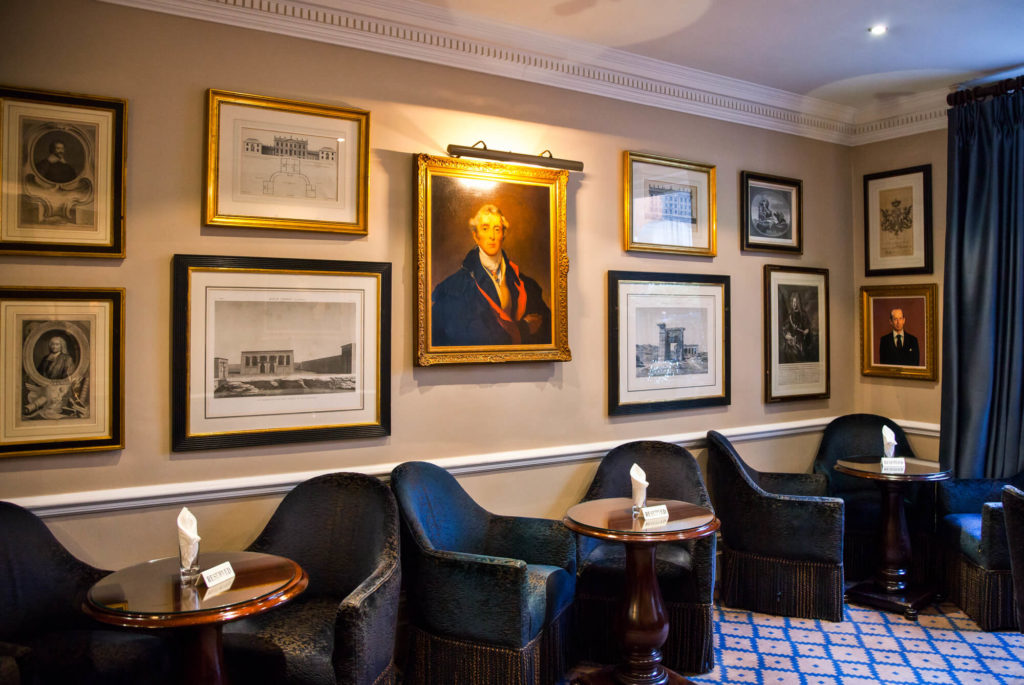 Tom and Sarah scurried past a collection of Georgian flats and down a secluded alleyway. Inconspicuously situated at the end of the cul-de-sac was the Duke’s Hotel, a quaint four-story brick building with oversized sash windows, white stone mantels and a distinctive wrought-iron entryway. A British flag proudly hung above the front door.

“Welcome to the Duke’s,” announced the doorman. “Do you have any bags I may attend to?”
Comically glancing at each other, they answered in unison, “No.”

“Well then, right this way.”

Gowerstone was not only stunned that Philip had been released, but also that someone had challenged his authority. Nothing like that had ever happened — well, only once before. Someone had interfered with his investigation, but that was almost a decade ago. For now, finding Tom and Sarah was all that mattered. Just having the name of a school wasn’t much of a lead, considering King’s College had five separate campuses spread out over half of London. However, it was better than nothing. He had dispatched police cars to the different locations, knowing he would eventually have to investigate each one himself. 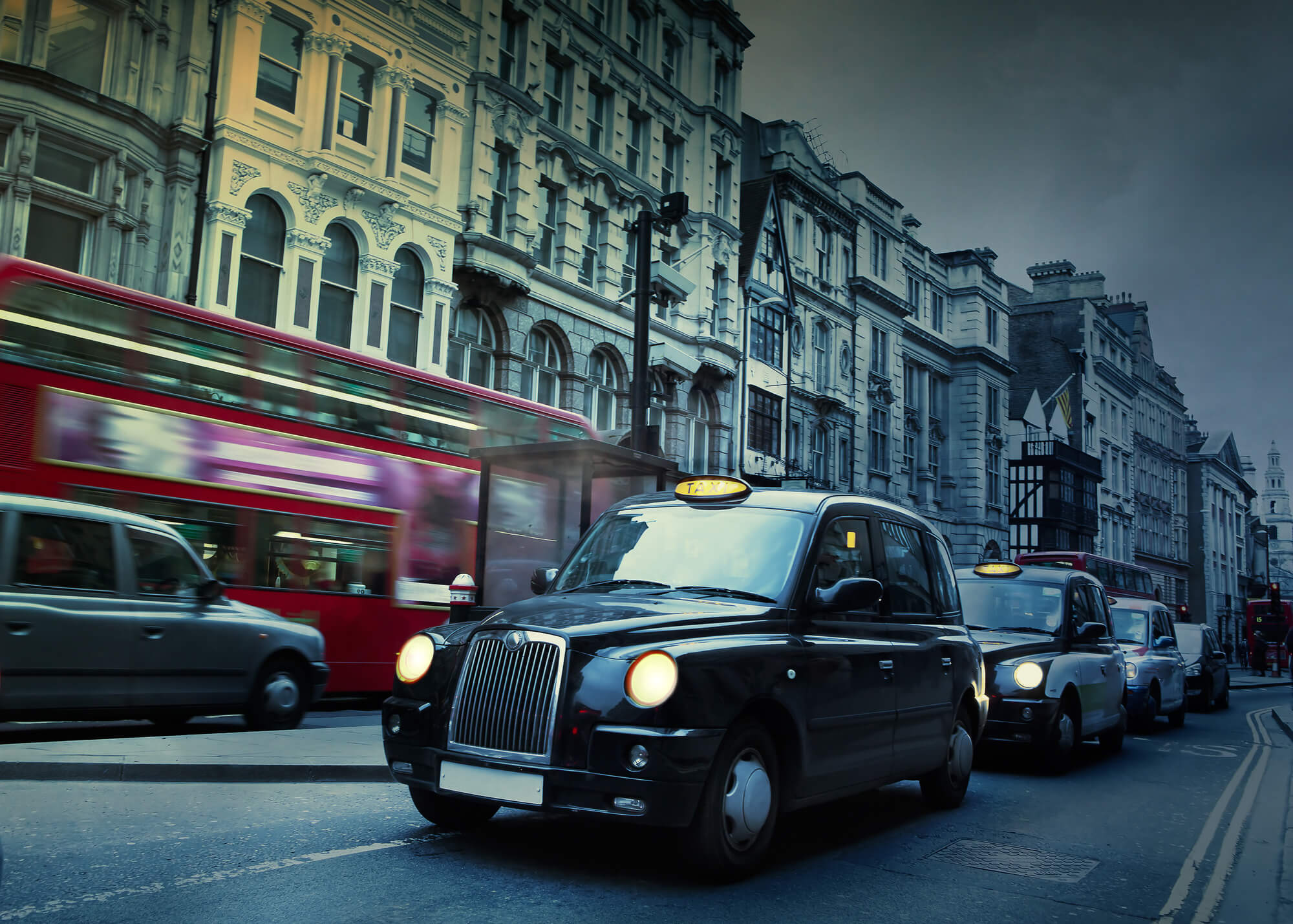 Tom, Sarah, and Hainsworth appeared in the lobby ready to leave to visit his old friend, Dr. Beagleswick at Kings College. Cinnamon cookies and hot apple cider sat on the counter. They paused to indulge in these holiday treats.

The doorman walked out and flagged down a passing black cab. Known as a Hackney carriage, with its high interior ceiling and beetle shaped body, it was a distinctive trademark of Britain.

The cab pulled up.

“Where to, sir?” asked the doorman.

“King’s College, the Strand Building,” answered the professor, a slight apprehension in his voice. 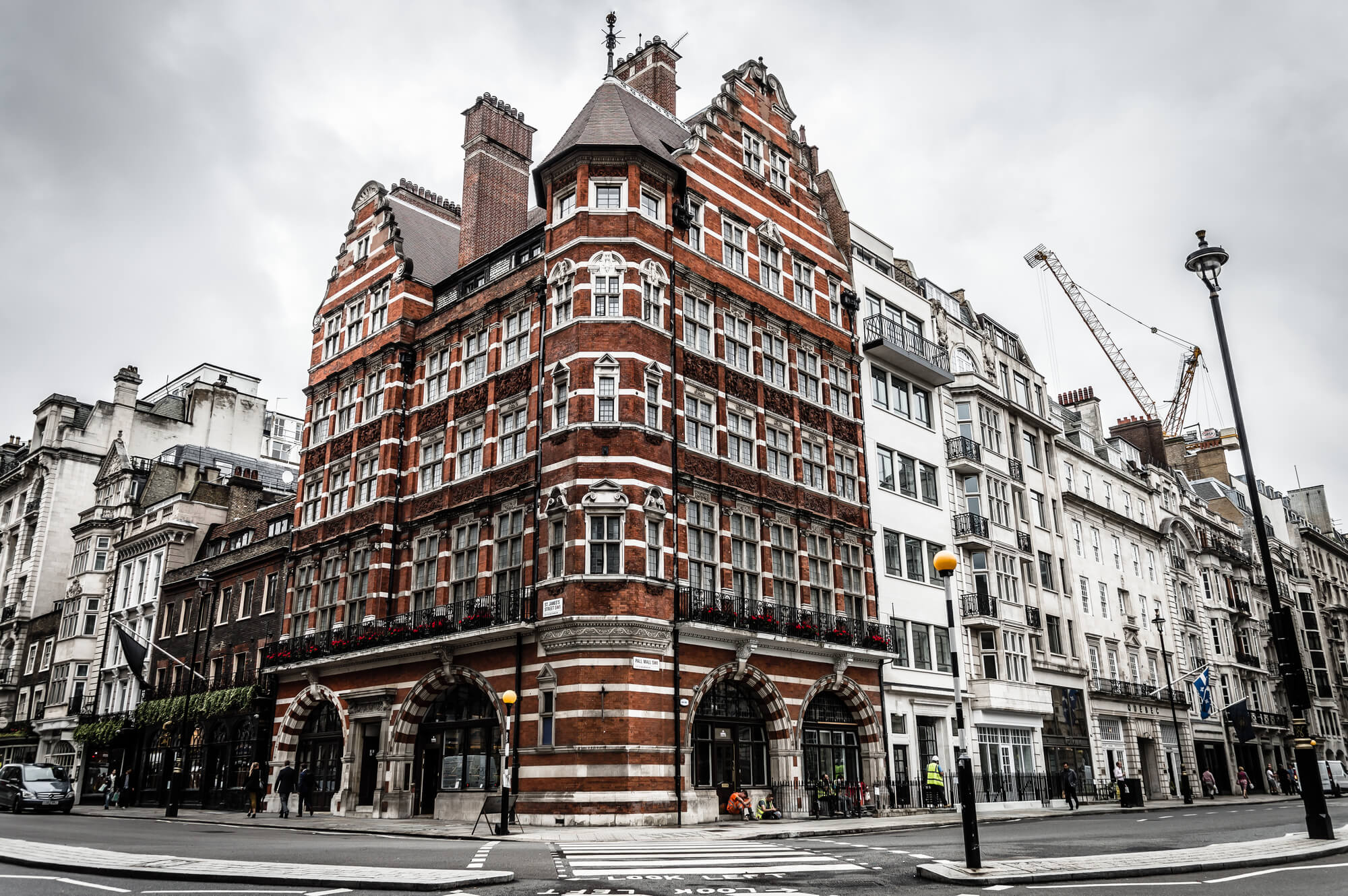 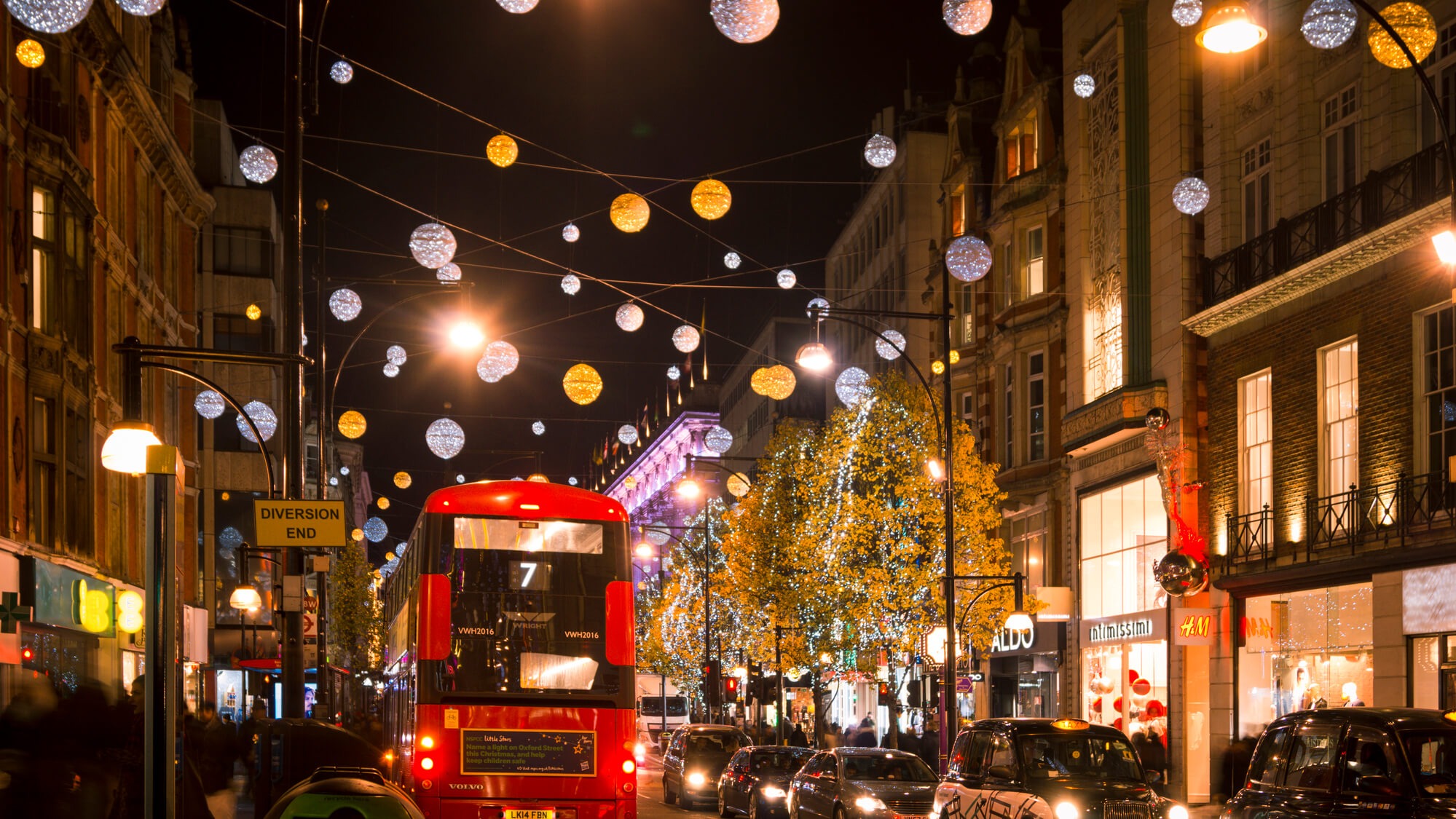 by the Institute of Directors, a grand four-story limestone building, and entered Trafalgar Square. The atmosphere was a spectacle of lights. Towering in the center was a 151-foot granite column atop which stood a statue of Admiral Horatio Nelson, one of the country’s greatest heroes. Two enormous lions sat at the bottom surrounded by sparkling fountains dancing in the air. Tom and Sarah were mesmerized by the circus of activity. This was London, and it was amazing.

continued up the Strand, passing the Savoy Hotel and Somerset House, then whipped around the corner onto Surrey Street, parking next to King’s College. 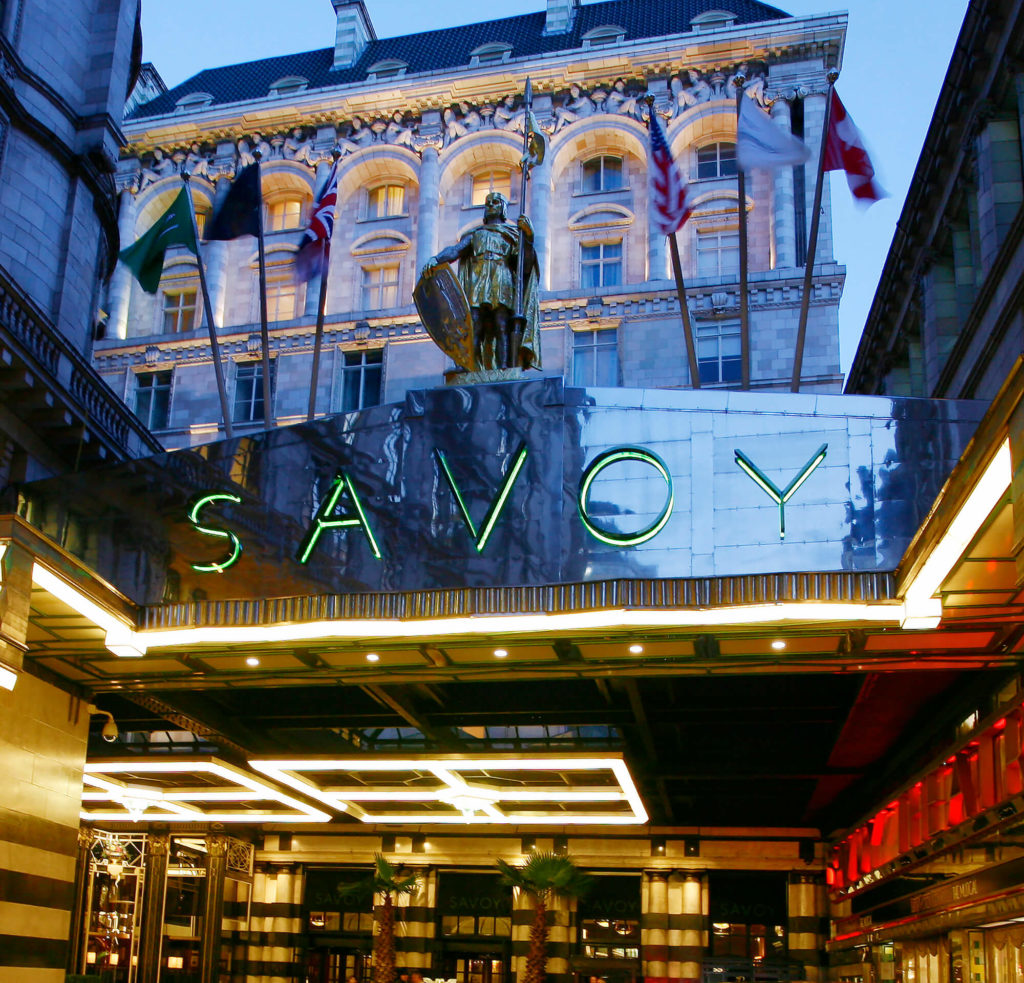 Tom and Sarah hopped out as Hainsworth paid the driver. The campus was quiet. When Tom, Sarah and Hainsworth entered the Strand Building.

After the proper introductions, Hainsworth and Dr. Beagleswick chatted away while Tom and Sarah investigated all the fascinating pictures and lineage charts covering the walls. The diagrams looked like tree roots that started at the top with a royal name and branched out at every new name, then split off again, and again, and again — it was dizzying. Tom and Sarah concluded that they were certainly in the right place. After a few minutes, everyone found a chair and sat down.

“Queen Victoria died in 1901 and was succeeded by her son, Edward VII, bringing in the House of Saxe-Coburg-Gotha, another German affiliation, but that only lasted nine years. His son, George V took over the monarchy and changed their last name to the House of Windsor —”

“Exactly! Now, around this time, the Britfields hoped to once again reclaim the throne. They tried to unite support, but World War I broke out in 1914 . . . almost conveniently.”
“Why does that matter?” asked Tom.

Dr. Beagleswick let out a sorrowful sigh. “Because the war involved everyone. It was long and brutal. So many innocent lives were lost. When it was finally over in 1918, it took Britain years to recover.”

“Two decades later was World War II, even longer and costlier. But the country rallied, especially behind their King. People were proud of their British heritage. Although we finally won in 1945, the country was devastated. No one wanted any more fighting or controversy, especially over old claims about legal heirs.”

After a moment of reflection, Dr. Beagleswick resumed. “Still, the current dynasty never felt safe or secure having usurped the Britfield’s rightful claim to the throne, so they searched for any remaining Britfields. Their lands were confiscated, their houses ransacked, and their priceless artwork stolen. Anyone found alive was dealt with severely.”

A noise came from the hallway.

“Lock the door,” exclaimed Dr. Beagleswick, frightened for his life.

Tom leaped up and rushed over, turning an old rusty key protruding from the lock.

Dr. Beagleswick gave Hainsworth a harsh glare as if to say, we should never have talked about this!

No one moved or spoke a word.